Of all the photos I took, this one of Mrs. Nelson and the one of the Nelson children (Document 81H) always haunted me. Recognizing the economic retribution that was being levied against sharecroppers involved in civil rights was a heavy burden for all of us. I brought my photos to the 2004 reunion in Batesville/Panola County, hoping that I would find out what happened to some of the people in my photographs. I spread the photos on the counter of the meeting room in the Batesville motel where many local people came to visit with us after the formal day's events. As people filed in, I asked if anyone knew the names of the people in the photos and what had happened to them. Finally, a confident, well-dressed woman in her mid-forties shouted, "That's me!" pointing to the youngest girl in the photo, and in response to my request, wrote the names of her brothers and sisters on the back of the photo. After her family left the plantation, as Martha Nelson explained, her mother (Mrs. Nelson) worked as an Assistant Teacher in the Head Start program. Mrs. Nelson now lives in Texas with another of her children. She stays in touch with Penny Patch, the SNCC worker whose humanity and commitment meant so much to the people of the community. Mrs. Nelson planned to join the Batesville civil rights crews at the 50th Freedom Summer reunion in June 2014, but her health prevented it. I know that the story of the Nelson family represents only one of many endings. Still, hearing how the movement had changed the lives of so many people in Panola County was an unexpected gift. 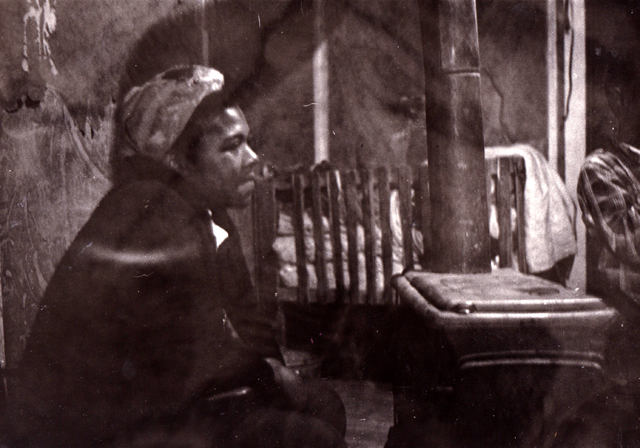