In October of 1964, several Literacy House women (Casey Hayden, Mary King and Emmie Schrader), along with Mary Varela, began thinking seriously about using photography as an organizing tool. Sometime in the Fall they headed for Matt Herron's studio in New Orleans to learn the basics of darkroom technique. This is how Casey Hayden described the evolution of the process in an e-mail to me on September 2nd, 2014:

"I was interested in photography dating back to when Danny Lyon came through Atlanta the first time, in 1963. He stayed with me. I loved his work, was inspired, but had no camera. He of course didn't loan his. SNCC didn't really own any photo equipment, or have a darkroom. Danny brought all with him, his personal equipment. Mitch [Francis Hamlin Mitchell] was another influence, and of course he did not loan equipment either. All the SNCC photographers owned their own stuff, were pros and they viewed themselves that way, not as organizers, educators, etc. Matt (Herron) was an anomaly, already a photo teacher in other settings, I believe, and a Quaker to boot. I wrote to contacts I had through Friends of SNCC sometime during summer '64 and was able to get a small Pendaflex and a Roloflex larger format donated to me personally. By fall of '64 I had a series of black kids in Halloween masks and lots of Tougaloo shots from over the summer, full of kudzu and all that.

At least one of our trips to see Matt was early fall of '64. I remember because it was so hot. We all had cameras by then. The equipment issue was not cameras. We had gotten them on our own and were moving ahead with training ourselves on our own. The issue we were addressing was that there was no black owned/controlled darkroom in the state. I wanted to get one. SNCC as an organization now had a photo department and a darkroom in Atlanta, but there was no way for Mississippi folk to document their own movement, define themselves. I wanted to train local movement participants, especially young people, to be their own interpreters and to be able to produce their own organizing materials.

The photo project was an attempt to decentralize visual truth, hand it over to local folk. It was art to me. I wanted kids to take photos, post them with their own words, send the exhibit touring, raise money that would come directly to the state. (Palace revolution . . . and by white girls. Gee whiz, no wonder we were shot down!)

Matt didn't exactly teach us to photograph, although he did teach us to view photographs, and how to use the zone system and some advanced techniques. His education for us was more about darkroom technique--how to set one up, how to develop, etc. The SNCC darkroom wasn't available. It might have been if we had been in Atlanta and if the photographers had been interested in teaching us how to photograph and use the darkroom, but that was not the case.

Later, Emmie and Mary used that training to begin to produce educational materials for SNCC staff. I wasn't interested in that, and when Julian advised us we should stop the fundraising we were doing for our photo projects and work instead under the direction of SNCC photo, I gave it up. We never did get that darkroom in Mississippi.

You [Elaine] should note that you were self-supporting in your work, that you had your own equipment and access to film. Your not being on SNCC staff and your supporting yourself and owning a camera you had used elsewhere for some time--these were all freeing and empowering elements of your time in Miss[issippi], although you sure brought a lot of chutzpah with you." 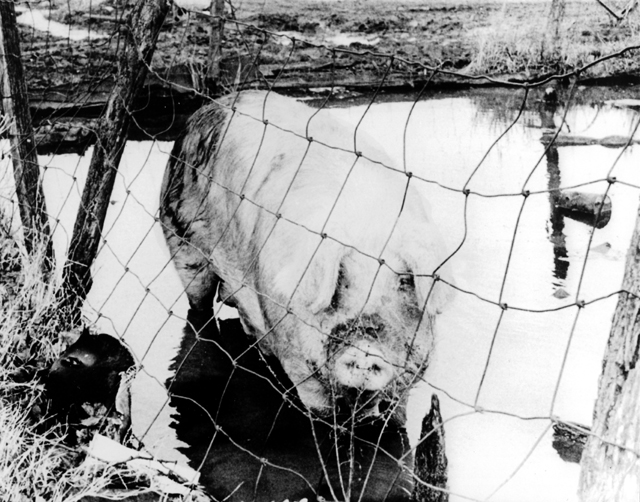