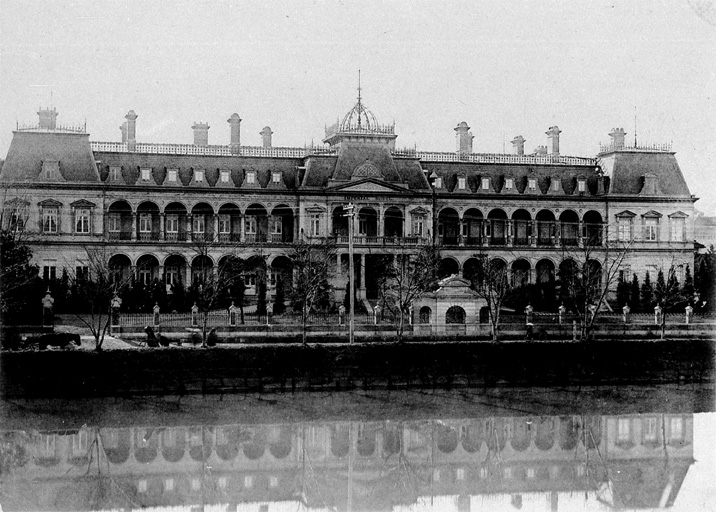 At the March 18 dinner and reception at the Imperial Hotel honoring Sanger, Baron Ishimoto announced plans to form a society to study population problems in Japan. The resulting organization, the Japan Birth Control Study Society (Nihon Sanji Chôsetsu Kenkyōkai), held its first meeting in May 1922. The group, headed by Isoo Abe and the Ishimotos, included the original members of the short-lived Birth Control League of Japan (1921) as well as several other activists.[22]

Announcement that plans are under way for the organization of a society for the study of population problems in Japan was made by Baron Ishimoto at a dinner and reception given in honor of Mrs. Margaret Sanger at the Imperial Hotel last night. Baron and Baroness Ishimoto, Dr. T. Kaji and Dr. Isoo Abe were hosts to 100 Japanese social workers, professional men, Government officials and newspaper men. Among the guests were half a dozen members of the Home Office and Foreign Office staffs.

The society which is to be organized if the plans announced last night are carried out will be for the private study of questions arising from excess population. Its promoters, according to Baron Ishimoto, expect it to receive the approval of the Government when formal application for permission to organize is made. The fact that permission was refused a year ago for the formation of a society interested in the subject of birth control will have no bearing on this case, it is believed.

Mrs. Sanger, discussing the proposal with a representative of The Japan Advertiser, expressed herself as being much pleased with the reception the announcement received and said such an organization would be productive of beneficial results.

Following the dinner, Mrs. Sanger delivered an address before the invited guests in the ball room, sketching in broad outlines the world situation as regards birth control and related subjects. She commented on the strides the movement has been making in the United States, Great Britain and the countries of Central Europe, attributed the opposition of the French government to birth control to the stationary population of that country, and said the nations where the movement had made least headway are India, China and Japan.

Mrs. Sanger regretted the circumstances which made impossible any discussion of birth control methods. The assurances she had received in New York regarding the attitude the Japanese government would take toward her visit and the public discussion of her subject has been in some respects erroneous, she said.

Mrs. Sanger answered a question regarding the proper size of Japanese family by saying that four children constituted the largest practical number in America, where natural conditions are many times more favorable to large families than in Japan. Reminding her questioner that she had not had sufficient time to make a thorough study of economic and social conditions in this country, she asked to be excused from making a more definite answer.

Dr. Kaji spoke briefly, commending the proposal to establish a society for the study of population problems.

Mrs. Sanger will speak this afternoon at a private meeting of Japanese physicians in the Hygiene Association Building. Permission has been given for a free discussion on this occasion of the scientific side of birth control.

She will leave Tokyo Monday for a short vacation at Nikko, after which she is to visit Korea and China.