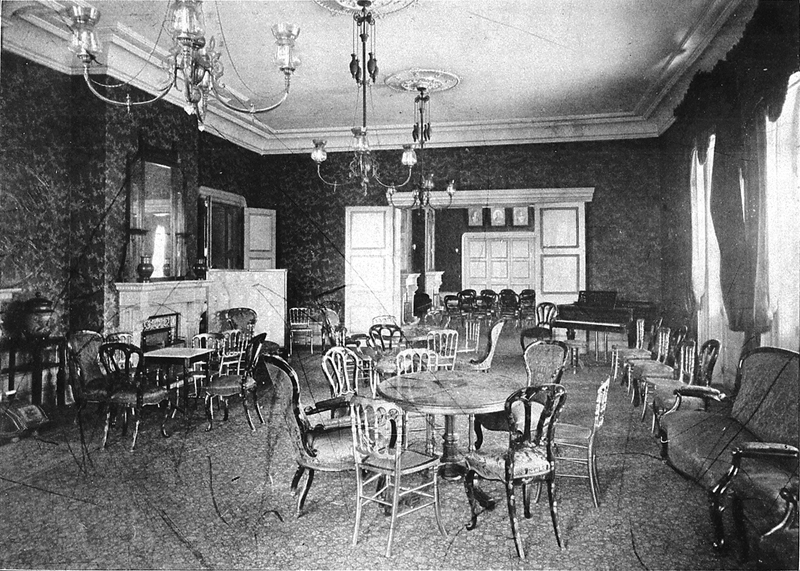 Sanger continued her busy schedule, with sightseeing, speaking engagements, and interviews nearly every day. She later wrote of her speech at the Peers Club: "At no time in my life have I given a more intimate address. I can say also that it was received with the finest spirit of respect and understanding and desire to know more. It was one of the most encouraging events of my stay in Japan." As the journal entry demonstrates, Sanger was particularly interested in learning about contraceptive methods practiced in Japan. She also had a curiosity about Japanese dining customs.[21]

Early two visitors from China came to call. Then an Indian reporter from Bombay. Then a Japanese old friend subscriber to B.C.R.

Chinese friends want me to speak to labor in Shanghai. A queer poet looking person in Japanese costume & Greenwich village countenance small "gotee" beard but very cultured & courteous, rising everytime I came in or went out of the room. A terrorist he said he was-–leaves a lasting impression because of the fire & gesture he put into the words. At noon we went to Dr Kobe's or Koji hospital, where he holds a place for patients--charges 1 yen--70 cen[ts] a day for bed all food, medicine & care included. Nurses squat on floor at bedside.

About twenty of the nurses dressed in white & seven doctors came

to welcome me. Then followed us from room to room. The equipment is partly German because the Japanese Doctors are trained in Germany. Shoes left outside makes the house spotless.

We went to _____ Club for luncheon, & a Japanese luncheon--on chairs. I asked for a fork--food very delicious-- Then after eating so much that one feels ashamed we go upstairs to talk privately & tea & cakes are brought of which we again partake eagerly & hungerily. Dr Koji told me of the methods of B.C. he found successful--plain soft Japanese paper folded & inserted against cervix--then as this absorbs the sperm it is removed & a clean piece wet in Antiseptic solution & wiped the vagina dry & clean 1000 cases no failures.

At four thirty we were due at the "Peers Club" where Count Kowamori invited me to speak before a select group. We spoke very frankly--talked of methods & the art of love-- It was very inspiring to hear their questions & to hear their perfect English. Baroness Ishimoto sat throughout the discussion very bravely.

We went from the Peers Club to have dinner with an Industrial group of twenty five select men. This was very very Japanese, I had to remove my shoes at the door and put on house slippers to shuffle on to the dining room. Then we had to remove those also & enter the dining room in stockings.

Everyone was present, sitting on the floor on cushions. I was offered a chair, but declined it & sat on the floor too, but my legs began to weary of the strain so pillows were brought & I sat upon them, comfortably like a chair but still on the floor. The dinner with chop sticks was excellent--hot saké wine was also good. Im sorry now we gave away the bottle on the boat to the waiter.

It is so charming & artistic the way dinner is served. The plain walls & floors only a screen decorated. I improved with the chop sticks & finished dinner with little trouble. Then began the questions on birth control. These men

all had wives, but none of them ever out. Its like Spain & other man countries. Intelligent questions of every sort & shade. All agreed birth control a good thing & said they were in accord with my work & not in agreement with the governments attitude at all. Though many of these men were government officials.

Home early--Its wonderful the graceful way they bow when on the floor.

Kaizo agrees to pay 2000 yen for four more lectures. I must be finished in Japan by April 1st. Mr Warrens Secretary Embassy phoned he could not get the Japanese Government to vize my passport for Korea. So

Present at the Peers Club--

A. First passed in 1890 as the Law on Associations and Meetings (Shukai Oyobi Kessha Ho), redrafted in 1900 as the Security Police Law (Chian Keisatsu Ho), the law prohibited women from attending political meetings or joining political parties. In 1922, the ban on attending meetings was overturned, but the ban on joining political organization remained in force until 1945 when women received the vote. (Gail Lee Bernstein, Recreating Japanese Women, 1600-1945 [Berkeley: University of California Press, 1991], pp. 154-55.)
Back to Text