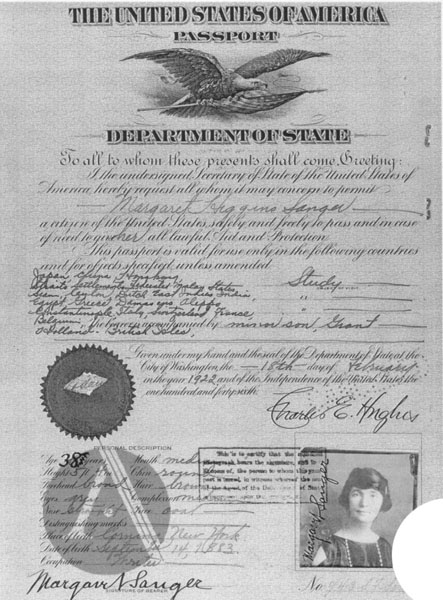 Less than a week before Sanger was scheduled to set sail for Japan, the Japanese Consul General in San Francisco denied her a visa on instructions from Japan's Home Ministry. Japanese officials regarded Sanger with suspicion because of her radical past and feared birth control propaganda would interfere with Japan's population policy, which encouraged population growth and expansion. Her visa dispute was reported widely both in the U.S. and Japan. The English-language Japan Advertiser (22 February) reported from Tokyo that "movements both in support of and opposing the possible visit of Mrs. Sanger to Japan are now being organized here." Other reports commented that Japanese authorities were alarmed about Sanger but had not come to a final decision about whether to permit her entry. In the end, Sanger signed the following agreement and sailed with the understanding that her destination was Hong Kong. 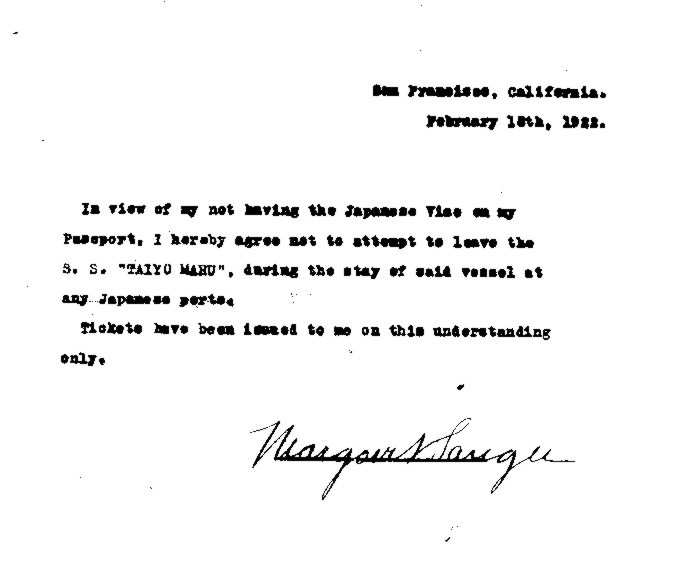 In view of my not having the Japanese Vise on my Passport, I hereby agree not to attempt to leave the S.S. "TAIYO MARU", during the stay of said vessel at any Japanese ports.

Tickets have been issued to me on this understanding only.