Skip to main content
Women and Social Movements »
How Did American and Japanese Gender Hierarchies Shape Japanese Women's Participation in the Transnational WCTU Movement in the 1880s? 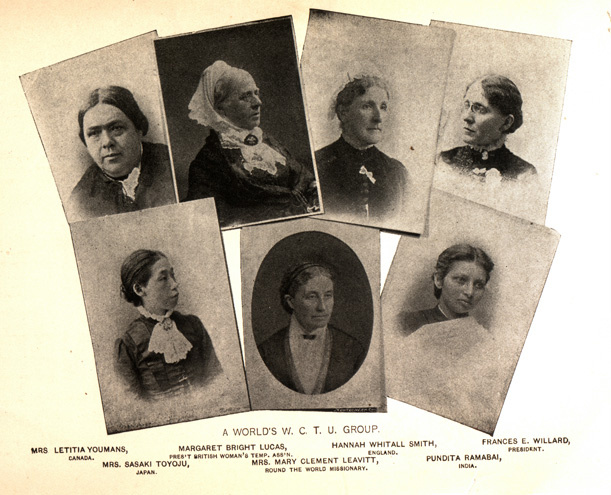 Presumably, Toyojyu Sasaki agreed with Ibuka (see Documents 14A, 14B, and 14C) on the efficacy of Christian teachings in advancing women's status, but she desired that the Tokyo WCTU be a women's organization independent of men's leadership. Frustrated with the attitudes of her fellow Tokyo WCTU members, who confined themselves to a passive, listening role, Sasaki continued her efforts toward breaking women's silence. In the following article, written right after the Tokyo WCTU held its first large public meeting, Sasaki called on women to express their opinions. In this article, while recognizing the importance of cooperating with men, Sasaki insisted that the Tokyo WCTU should not be a men's but a women's organization and that men would never know women's pain and troubles unless women spoke out.

Recently debates on women became heated, and this trend has accelerated ever since Mrs. Leavitt, secretary of the World's WCTU, visited Japan and gave speeches last year. From last year to this year, new woman's organizations sprung up every time it rained, and they should count quite a number in total in the nation.

It takes some time to see if these organizations are in fashion only temporarily, last for a long time, or soon disappear. Nonetheless, observing the general trend, I think that they are appropriate in helping civilization to make progress and in strengthening woman's nature, mind, and body. Thus, these woman's organizations should be welcomed.

Our Tokyo WCTU was organized among the beloved sisters last winter. Based on Christian temperance advocated by Mrs. Leavitt, the organization is not only to prohibit drinking and smoking, of course, but also to correct every other immoral conduct and evil custom, which counts more than ten or even twenty in total in our country today. The Tokyo WCTU is an organization where we cooperate with each other in order to correct these evil manners and customs, and must be the most important organization today.

Those who work within and for the Tokyo WCTU are women, but correcting manners and customs can not be achieved only by women. For example, even if a wife abstained from drinking, if her husband drinks excessively, how is it possible for their children to be kept from modeling after their father? Children are like dough and parents are like molds, and there will be a round cake in a round mold and a square cake in a square mold.

At the same time, good manners and conduct should be heard about by people other than the members. Our purpose should be well understood not only by women but also men, in order to reform evil customs in our society. Thus, the benefit brought by our organization will become progressively visible as audiences increase from ten, to twenty, to one hundred, and to one thousand.

So, there are Kyofukai [reform society] among men and Fujin kyofukai [woman's reform society, Tokyo WCTU] among women. They are like two wheels on a car, and necessary instruments today to wash away evil customs in society. I am so thankful to my beloved sisters, who attended every meeting since the inception of our organization despite the wind, snow, cold rains, and bad walking conditions over a hill in Bancho and the Enoki Hill.

In that regard, what I would like to ask you is to speak out fully what you feel and think at the meeting. Regardless of the matter, you do not succeed without trying by yourself, as you know from the fable that a wheat-reaping farmer did not have any of his work done as long as he depended on others to do so, as predicted by a lark. I hope that you will speak out your thoughts without concerning whether you are good at it or not in order to bring virtuous customs. It is all right for our organization not to limit women to make speeches and to invite men as speakers and to listen to their speeches. Nonetheless, I would like women, members of our society, to feel that they are the master of our organization and to exchange opinions and to talk to each other without reservation. I think so, because this is not a men's organization but a women's organization called Fujin kyofukai [Tokyo WCTU].

There are some who act like an authority on this matter and argue that a woman should keep silence because speaking in public runs counter to woman's virtue and keeping silence can avoid her stupidity being jeered at. In the old days, those who said, "when a woman opens a mouth, it is her yawning that exposed her five viscera," were tolerated, but today they became an embarrassment for us. Because our society today has not only our fellow countrymen but also people from the world, these wicked manners should be stopped immediately. Among the organizations that carry "woman" in its name, only those for the three--dancing, music, and sewing--actually have women working for themselves. As for the question if it is good or bad for women to make a speech, Mrs. Leavitt had already answered it in her speech last year, and I am not going say anything. If our organization has nobody making a speech and has to invite male speakers for every meeting, I think it might be better to entrust our society to male Kyofukai [reform society] or to invite senior members of the Japan Academy to talk about issues that belong to women. However, I think there is no way for men who enjoyed the custom of male autocracy for several hundred years, even with their talent for swift understanding, to know and understand women's ordeal promptly. They do not have the reasons to take each problem that has been troubling women into consideration, setting aside the longtime tyrannical practices in China and Japan.

So, men will not know women's pains unless women speak out. Likewise, men will not know women's annoyances unless women speak out. Let me raise one familiar example. It is already the season for cherry blossoms in Mukojima. Think about this cherry blossom season. When women stroll along river banks, they come across many drunken rough men with sake barrels in their hands and with their shoulders and arms on one side out from their kimonos. These men block women's walking and grab women's shoulders, and jeer and sneer at women or make rude statements. (We can not just hopelessly tolerate this situation as the extremity of savageness.) These are unspeakable annoyances to women, and it is a pity that women can not enjoy the once-a-year cherry-blossom viewing comfortably since it is hair-raising to face such rudeness on streets. Is there any petition or paper presented by men on this issue? I have never seen them yet. Men may not notice it, but it is an extreme annoyance for women, which is almost like being violated on the street. During the season of cherry-blossom viewing last year, I saw many scenes in which drunken men held hands to block young women walking or leaned toward a woman while laughing and clapping their hands to see her blush with shame. However, I did not see any newspaper condemning such rudeness last year.

First of all, this is only one of a hundred annoyances experienced by women, which men do not notice. Since there are a number of similar cases, I urge women to speak out sufficiently on the issues that are annoying to women and about correcting these evil manners and customs. We, women, should make an appeal on the matters of women. It is not because we like chatting, but because there are so many issues that we need to make an appeal to our members, and then ask for public opinion to make a judgment.