In 1985, Cheri Gaulke received a grant from the California Arts Council to be an artist in residence at the Woman's Building and produce the project The Postcard Project: Celebrating Our Heroines. The project was designed for nonartists. Participants enrolled in a free workshop series that taught them the skills they needed to print a postcard. The Postcard Project continued the focus on the democratization of the art-making process that had always been so central to the mission of the Woman's Building. Gaulke helped the students identify a woman who had played an important role in their life. The project allowed women to choose their own personal heroines to write into history, which also meshed well with original goals of the Woman's Building. The Postcard Project was so successful that it ran for three years and produced over 300 postcards. An exhibition of these postcards, the announcement for which is pictured here, took place at the Woman's Building in 1985. In the final year of the project, Gaulke worked with a smaller group of women who identified six women from history and made posters about their lives to be placed in Los Angeles buses. This project reflected the ideas Sheila de Bretteville brought to the Woman's Building; she stressed the empowering influence of women's publishing in a context where the vast majority of commercial images did not reflect women's experiences.

The postcard in Document 20B is interesting because it honors the partner of Gertrude Stein and because Alice B. Toklas insisted that women's household arts were important subjects for discussion. The postcard in Document 20C refers to Zora Neale Hurston's research on zombies published in Tell My Horse (1936). It may reflect a celebration of her bravery or her accomplishments as an anthropologist. The text accompanying the postcard honoring Lillian Gish (Document 20D) emphasizes the physical endurance of a woman who is typically associated in the media with her small size and almost-diaphanous appearance. The women who participated in The Postcard Project looked beneath the surface of media presentations of women to find inspiration. 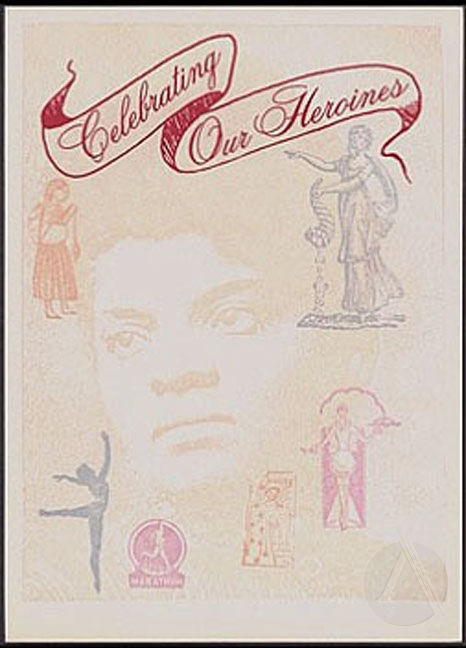