This Ain't No Heavy Breathing was part of the performance art series, Connecting Myths, about violence against women that was co-curated by Feminist Art Worker Cheri Gaulke. The Feminist Art Workers sent postcards to people inviting them to phone 100 women randomly chosen out of the phone book on a specific day at a specific time to wish the women well. The second part of the piece involved participants going to a phone booth in the red-light district of Pasadena and phoning a number posted in the booth. The callers heard an audiotape that wove together the artists' experiences of making these random phone calls with stories women told about receiving obscene calls.

Most feminist activism in the area of verbal sexual harassment focused on acts that occurred in public, such as heckling by construction workers or comments made by co-workers. The Feminist Art Workers, however, wanted to reach out to women who might have felt insolated within the confines of their own homes. They hoped to replace women's fear of obscene phone calls with a positive phone call that stressed the connections between women.

Furthermore, the second part of the piece, which included the women telling about obscene phone calls they had received, gave public voice to an act of victimization that occurs in private. Like most acts of violence against women, the obscene phone call occurs in secret. The obscene phone caller relies on violating the sense of safety that a person feels within the privacy of her own home. By allowing women an opportunity to recount their encounters with obscene phone calls, the Feminist Art Workers provided women with the opportunity to publicize what had happened to them. Like other feminist activists in the area of violence against women, the Feminist Art Workers hoped that the women who told their stories would realize that they were not alone in their experiences and that they had done nothing to warrant the violation. 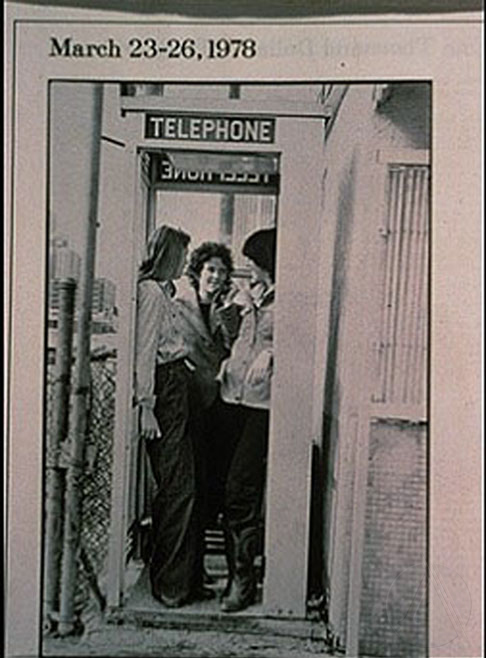