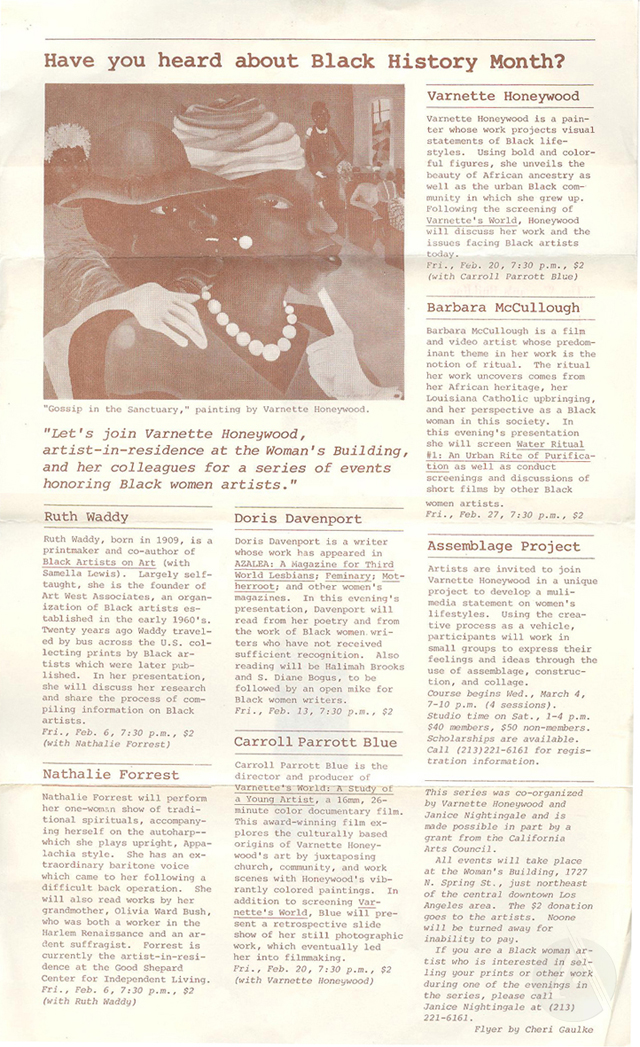 Flyer advertising Black History Month, February 1981. The transcription of the text in the flyer is below.