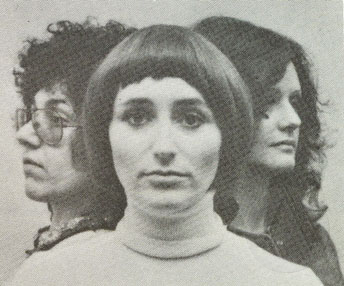 After attempting to create feminist art programs at California State University at Fresno and the California Institute for the Arts, Judy Chicago, Arlene Raven, and Sheila de Bretteville decided that the only way to free themselves from the constraints of male-dominated institutions was to create an alternative art program. This letter solicited potential students for the Feminist Studio Workshop (FSW). It represents the earliest articulation of the founders' goals for feminist art education. As Chicago, Raven, and de Bretteville indicated, the Feminist Studio Workshop emerged out of the larger women's movement of the 1970s. Many of the pedagogical techniques employed in the FSW, such as consciousness-raising and revisionist art history, were derived from the women's movement. The founders anticipated that the FSW would become part of the vibrant feminist community that existed in Los Angeles. Initially the FSW occupied the Woman's Building, a space shared with several other feminist organizations. Unfortunately, after the FSW relocated downtown in 1975, it became both geographically isolated from many of the women's groups in Los Angeles.

This document also reveals that, like other feminists of this era, the founders of the Feminist Studio Workshop believed that a certain amount of separation from the male world was necessary for women to explore the insights about gender that participation in the movement revealed. While this separatism has come under harsh criticism by scholars of the movement, this strategy is one that is frequently employed in emerging social movements.[52]