This bilingual ballot was used in the January 1938 certification election conducted by the National Labor Relations Board at the Chinatown factory of National Dollar Stores. The success of the ILGWU in this election led to the signing of an agreement with the National Dollar Stores on January 28 that provided for a closed shop and committed representatives of the company and the union to bargain to achieve an agreement concerning wages and the hiring system to be employed.[7] The subsequent failure of those negotiations led the union to make its strike call four weeks later.

I, the undersigned, do hereby designate the CHINESE LADIES GARMENT WORKERS UNION, Local No. 341, of the International Ladies Garment Workers Union, as our exclusive representative for purposes of collective bargaining with respect to wages, hours, and other conditions of employment, and for the presentation of any disputes or grievances that may arise between ourselves and our employers. 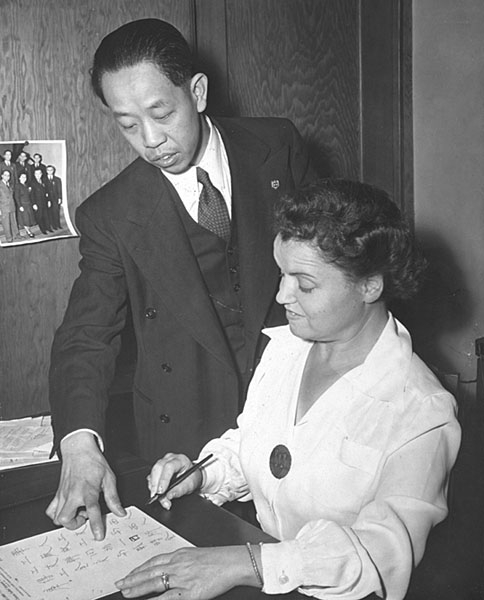