Skip to main content
Women and Social Movements »
What Were the Origins of International Women's Day, 1886-1920?

This article by Theresa Malkiel, one of the leaders of the 1909 strike by garment makers, promoted the upcoming 1910 celebration of Woman's Day. A dedicated socialist, Malkiel presented women's issues from her perspective as a member of the Socialist Party of America. For another piece of writing by Malkiel concerning the strike, see document 22 in the shirtwaist strike editorial project, also on this website. 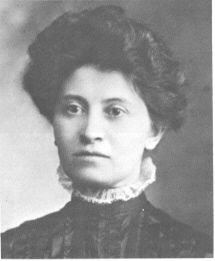 Victor Hugo predicted once that if the nineteenth century will go down in the annals of history as the great century, the twentieth will surely be the happy one.

His prediction regarding the nineteenth century has been fulfilled. But, nearing the close of the first decade of the twentieth, we did not as yet have a glimpse of the happiness predicted. The greatness of the previous age has brought with it a regime that tends more and more to part us from every vestige of happiness. The masses as a whole are sinking lower and lower in their physical makeup, in their material possession and in their mental development.

And, naturally enough, woman being the weaker suffers the most. Though compelled to go out into the world and help create its wealth she, nevertheless, has still her former duties to perform. Though doing a man's work in the shop and the woman's in the home, her compensation amounts but to half of the man's wage. Though being the bearer, educator and often supporter of the future generation, she remains still powerless to have a say regarding its welfare. The only consolation left to her is the hope in the truth of the saying that every dog has his day.

This was true of the rise and fall of the different classes of society and is equally of the sex.

Capitalism has reached the summit of its climb, its days are counted. The workingman's day is coming. Coming ever faster, and perhaps the prediction of that great mind of a great century may after all prove to be true.

But in his weary march toward the day of glory the workingman does not march alone: close, side by side with him marches the working woman. She, too, is lifting her downcast brow and in her timid gaze glitters a bright hope for the future to come.

The weary marcher does no longer imagine that her slow step hinders his own progress. On the contrary, he has come to realize that in her emancipation lies his future strength and instead of hindering and hampering her as in the days of yore, he reaches out his hand and steadies her gait.

Thus it happens that the working class and its mouthpiece, the Socialist party, are the greatest champions of woman's emancipation. Long before woman suffrage became a fad, long before the woman herself had come to realize the justice of her position, the Socialist party demanded the equality of sex.

That happened about the middle of the great century and was indeed worthy of its greatness. And now, entering upon the tenth year of the happy century, the Socialist party still remains the oracle, proclaiming the happiness of the days to come by designating one day in the coming year as Woman's Day, to be celebrated and observed through the length and breadth of our country as a day of woman's coming greatness, as a token of her just demands, as a protest against her present disqualification.

Here, then, is an opportunity for our Comrades to rise equal to the situation. Let them raise their voice in protest against woman's oppression under the present system. Let them glorify her position in the future. It is a good means of propaganda for Socialism, an excellent opportunity to prove to the working woman that the other sex of her class recognizes its close alliance to her, as well as equality with it, and in view of their common mission the liberation of the entire class demands her enfranchisement. That she, too, may cast her vote for the change to come; that she, too, may have an opportunity to stretch her wings before taking flight into the land of freedom.