Skip to main content
Women and Social Movements »
How Did the Women's International League for Peace and Freedom Campaign against Chemical Warfare, 1915-1930?

How Did the Women's International League for Peace and Freedom
Campaign against Chemical Warfare, 1915-1930? 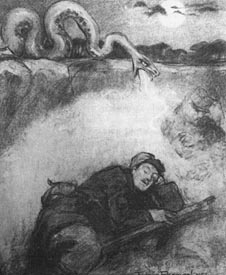 Documents selected and interpreted by
Allison Sobek
under the direction of Professor Karen Anderson
of the University of Arizona, December 2001

On the night of April 21, 1915, the commanders of the German divisions at Ypres, Belgium decided to attack the opposing Allied divisions with cylinders of chlorine gas, accompanied by artilliery fire and infantry assaults. A greenish-yellow cloud rolled across the battlefield, reportedly killing 5,000 men and injuring twice that many. This attack was the first successful use of poison gas during World War I. The heavy Allied losses gave notice of the power of this new form of warfare.[1]

Allied leaders condemned the German action in no uncertain terms. By signing The Hague Conventions of 1899, Germany had agreed not to use asphyxiating gases in warfare. American newspaper reports of the initial gas attack emphasized the barbarism of a nation that would use "illegal" chemical weapons as well as the horrific and inhumane effects of the poison on French troops. These reports alarmed the American public about the unknown dangers of this new weapon. (See Documents 1, 2, and 4.) Immediately after the initial attack, the American press focused on the way these new weapons killed massively and indiscriminately (see Document 5).

Despite knowing that Germany was using poison gas extensively on the battlefield, the United States military did not develop adequate defenses against chemical warfare in the two years before the nation's entrance into World War I. As a result, soon after the United States entered the war in April 1917, American troops suffered heavy casualties from gas attacks. General John J. Pershing organized a Chemical Warfare Service (CWS) in July 1918, placing General Amos A. Fries in charge of the Gas Service in Europe.[2] Moving from the defensive to the offensive, by 1918 United States military officers began to praise this new method of waging war. Fries said that poison gas was "at one and the same time the most powerful and the most humane method of warfare ever invented."[3]. After the war, in the face of public sentiment that opposed the use of poison gas, Fries waged a public relations campaign to save the Chemical Warfare Service from being disbanded, and in 1920 the service became a permanent part of the U.S. military. Throughout the 1920s Fries advocated American use of chemical warfare, continued to oppose calls for disarmament, and questioned the patriotism of opponents of American preparedness.[4] The CWS worked in partnership with the chemical industry to wage a public relations campaign with American consumers. As one historical account summarized: "The CWS clearly hoped to modify the retaliation-only policy of the War Department into one of first-use."[5] U.S. production of chemical weapons involved a partnership between the military, which spent $40 million to establish a chemical weapons arsenal, and the chemical industry, which lobbied vigorously between the World Wars to maintain its federal subsidies, resist disarmament, and overcome public horror and hostility regarding chemical weapons.[6]

The U.S. Section of the Women's International League for Peace and Freedom (WILPF) challenged this growing arm of the U.S. military. The League had its roots in the early days of the European War. In April 1915, an International Congress of Women, including members of the Woman's Peace Party (WPP) from the United States, gathered at The Hague in Holland to discuss ways to end the war and achieve world peace. The Congress adopted twenty resolutions to guide the international women's peace movement. The International Committee of Women for Permanent Peace grew out of this meeting at The Hague, charged with implementing the goals outlined at the Congress. After the war ended, the International Committee called a second Congress at Zurich, held in May 1919. At this conference, members decided to transform the Committee into a permanent organization: the Women's International League for Peace and Freedom.[7] The WPP affiliated with the International League, becoming the U.S. Section of WILPF.[8]

At the Fourth International Congress of WILPF, held in Washington, D.C. in 1924, Gertrud Woker, Naima Sahlbom and Ester Akesson-Beskow formed the International Committee Against Scientific Warfare, specifically to combat chemical and biological warfare. The Committee worked diligently throughout the late 1920s to inform the national sections of developments in the campaign, to enlist support of prominent scientists, and to educate the general public about the dangers of chemical warfare.[9]

Although the U.S. Section of WILPF never appointed a special committee to combat chemical warfare, the Section was well aware of the strong public opinion opposing the use of poison gas at the end of the war, despite the recent embrace of chemical weapons as legitimate means of waging war by much of the U.S. military (see Document 7). In membership drives and in its broader disarmament campaign, WILPF used the threat of chemical warfare as a way to enlist support for disarmament (see Documents 15, 16, and 22). Although the League generally believed that working to eliminate chemical weapons as a particularly horrific form of warfare was futile because it did not address the larger question of complete disarmament, some members actively fought to eliminate this form of warfare.[10] Harriet Connor Brown, for example, testified in both 1921 and 1922 on behalf of WILPF regarding her view of the excess expenditures in the military budget. In her testimony, she consistently expressed her strong disapproval of chemical warfare, arguing that the Chemical Warfare Service should be eliminated entirely. Nevertheless she stopped short of advocating the abolition of the military (see Documents 17 and 18).

Throughout the 1920s, and as world tensions increased in the early 1930s, WILPF urged nations to end the stockpiling of weapons and preparation for future wars. Chemical weapons continued to figure strongly in their argument. Because many people believed that the next war would bring massive civilian casualties from poison gas, WILPF tried to use that fear to rally support for a broad disarmament program. Although these efforts failed to bring a halt to spiraling armaments or ease world tensions, they did introduce women's social movements as important actors in national and international politics. While the U.S. and its WWI allies denounced the ideology of "total war" articulated by Germany in 1910, the U.S. increasingly presented Chemical Warfare as a legitimate and routine tactic during the interwar years.[11] At the same time, the U.S. government also acknowledged that "the public opinion of the world can punish."[12] Pressure from WILPF influenced public opinion regarding Chemical Warfare and influenced the customary law that governed international relations and standards of warfare even beyond the limits of statutory law.[13] The signing of the 1925 Geneva Protocol marked the crest of public opposition to chemical warfare, a milestone that coincided with WILPF activism. As with earlier weapons conventions, the protocol relied on an honor system of self-policing rather than a formal enforcement process, but public opinion created a moral imperative to abide by the convention.[14] The fact that two of WILPF's founders, Jane Addams and Emily Greene Balch, were later honored with Nobel Peace Prizes highlights the group's importance in world affairs in the interwar years.