Skip to main content
Women and Social Movements »
How Did Catholic Women Participate in the Rebirth of American Feminism? 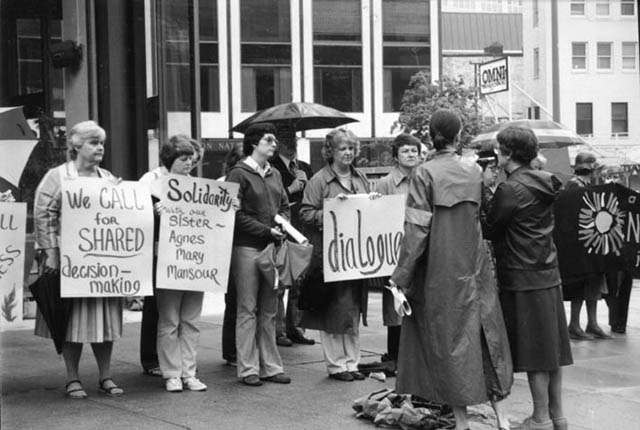 Supporters of Sister Agnes Mary Mansour gather to protest the actions of church officials. Because
Mansour refused to condemn state-funded abortions, she was forced by Vatican officials to choose
between her appointment as Michigan's Director of Social Services, and her life as a Sister of Mercy.
She ultimately chose to retain her government position.