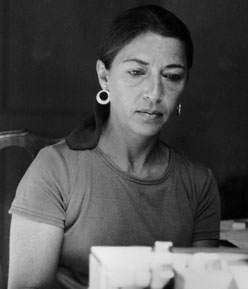 When Richard Lynn Reed died in Idaho in 1967, his adoptive parents both wanted to administer his estate, which was valued at less than $1,000. Sally Reed petitioned for an appointment as administrator, but when her estranged husband Cecil Reed filed a competing petition, the probate court ruled that Cecil had to prevail under an Idaho statute that preferred male estate administrators over females. Sally Reed's attorney, Allen Derr, appealed the case to the U.S. Supreme Court, and the justices agreed to hear the case in 1970. Eager to be involved in the first women's rights case to come before the Court in almost a decade, the ACLU offered its assistance to Derr in his Supreme Court appeal.

This brief, the first in a series prepared by law professor and ACLU attorney Ruth Bader Ginsburg, drew heavily on previous arguments by Pauli Murray and Dorothy Kenyon and credited them as coauthors.[38] The brief is known as the "grandmother Brief" because feminist lawyers continued to refine its arguments over the course of the 1970s and beyond. The brief provides historical and legal context for Ginsburg's contention that the Supreme Court should look as critically at laws that discriminated against women as they did at laws that classified individuals on the basis of race. Ginsburg and her colleagues hoped that recounting the history of legal discrimination against women, including prior decisions by the U.S. Supreme Court that failed to recognize women's status as equal citizens, would convince the justices that arguments in recent state and federal decisions that had begun to recognize women's legal rights were legally sound. The brief also contained an extended comparison of the status of women with the status of African Americans, drawing on Pauli Murray's earlier work on the race-sex analogy and citing many of the same social science sources that Murray had included in her 1962 memorandum to the President's Commission on the Status of Women (see Document 3).

Ginsburg reiterated many of the arguments contained in the grandmother brief in her submissions to the Supreme Court in the 1973 case Frontiero v. Richardson. Justice Brennan's plurality opinion in that case drew, albeit briefly, on some of the history she recounted (see Document 24). Ginsburg argued several women's rights cases before the Supreme Court before her nomination to the federal bench by President Carter in 1980. In 1993, Ginsburg became the second female justice to sit on the U.S. Supreme Court.