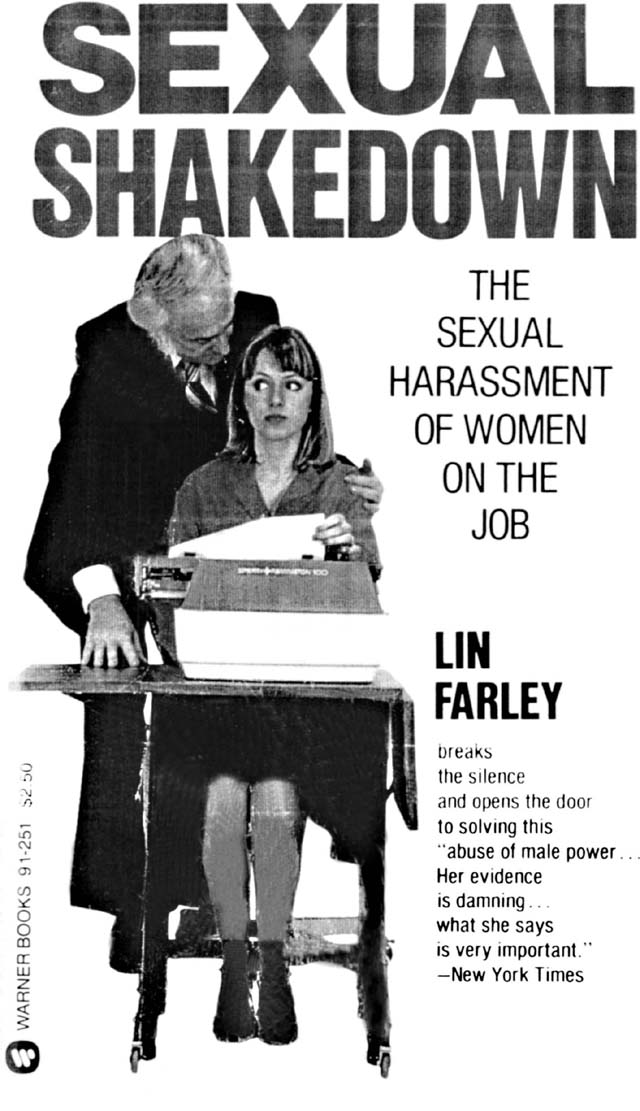 THE SEXUAL HARASSMENT OF WOMEN ON THE JOB

LIN FARLEY breaks the silence and opens the door to solving this "abuse of male power… Her evidence is damning… what she says is very important." -New York Times

For her early aid to the idea of a book, thanks to Mary Bralove of The Wall Street Journal.

Judy Burns, Cindy Carr, and Stevye Closterchiu are warmly thanked for their technical collaboration; and for their generous hospitality to me while traveling, a special thank-you to James Ford and Tammy Damon of San Francisco; Lexie Freeman in Washington, D.C.; Rue Wise in Los Angeles; Martha Steinhagen and Joan Nelson in Ann Arbor, Michigan.

Robert Fitch is remembered for a wonderful bedside manner toward work in progress, Dr. Harriet Connolly for her intellectual clarity, attorney Bonnie Brower for her commitment to justice and her excellence, and Maida Gierasch for sharing this work with her friends.

James Seligmann, my agent, is owed a deep debt of gratitude for his integrity.

My fondest and most heartfelt regards to Betsy Damon, my loving critic, who also frequently fed me, always listened, and never failed in her encouragement. Grateful thanks also to Edith Rosenthal, who took the manuscript to task, thoughtfully, and to Janet Derderian and Linda Montegrano among the many co-counselors who saw me through my personal doubts.

I want to thank Barbara Grant at McGraw-Hill for her valuable assistance. Blessings also to all the persons who consented to go on the record in connection with a controversial subject.

Finally, to all the working women who share something of their lives in this book I want to express my boundless appreciation for their courage, their honesty, and their faith in themselves.